Mediation Is Not Like A Court Hearing; Creating Peace 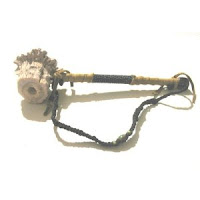 There seems to be quite a bit of misinformation about mediation out there despite the prevalance of mediation in many legal and non-legal arenas. One of the ones that always surprises me is when people think of mediation as being similar to a court hearing when the fact is that it is purposefully not at all like a court hearing. It's designed to be a peaceful process that promotes understanding and fair outcomes.

In mediation, the individuals who need help resolving their issues or disputes are able to sit together at the same table to have an informal discussion with a professional who is trained (and hopefully skilled) in helping to keep the individuals on track to reach a complete agreement. Everyone is involved in talking, discussing the issues and explaining where they're coming from and why. The conversation is with the mediator and with the other individual. There is not a time limit for anyone to say what needs to be said (a court hearing is usually limited to a set amount of time - sometimes only 20 minutes!!) and the mediator is not there to make decisions or orders that might not work for one or both individuals. Instead, the mediator facilitates productive conversations that are often not possible when the individuals try to have these discussions themselves and which are even less likely to happen if the case goes to court. The goal in mediation is a settlement that both individuals feel works for them and that they created themselves. The result is a binding and enforceable written agreement between the individuals which allows them to complete their case without having to go to court or incur more fees for litigation.

On the other hand, in court hearings the parties do not engage directly with each other even when they might want to (litigating parties often realize at some point in the process that they might be able to get a better, faster, cheaper resolution if they could just sit down and talk for a while!). Instead, the attorneys take positions (sometimes reasonable, sometimes not) and make arguments to the judge while the parties themselves sit by as spectators in their own important matter. These individuals often feel a bit muzzled since they're generally not allowed to talk unless they are put on the witness stand and sworn in. And, as much as they might scribble notes to their attorneys, the attorney knows there is very limited time to get a whole lot of information to the judge before the judge makes the decision for the parties. There is often not a lot of room for creativity in the orders by the judge. The judge (and sometimes a jury) is there to weigh the facts and impose decisions often after years of litigation and attorney's fees.

So, when I hear that certain individuals do not want to engage a mediator to resolve major or ongoing disputes because mediation "sounds like a court hearing," it is obvious to me that the right information is not making it's way to everyone.

The article that prompted me to write this post (here) involves the Farmington, New Mexico Community Relations Commission which the mayor is asking to "consider moving toward professional mediation to handle complaints, saying the current process has proved ineffective." The Commission has indicated it is open to considering changing the process for handling residents' complaints about discrimination which appears to involve members of the Navajo Nation.

One commissioner expressed reservations about using mediation, saying "Navajos will not participate if the process sounds like a court hearing. 'When you mention that, Navajos do not want to come forth, he said." However, another commissioner said she often uses lawyers in mediations with the Better Business Bureau, indicating "Both sides are heard," she said. "I honestly feel it's a very fair way."

While I certainly don't profess to speak for any individual or native tribe, it seems that if there was a better understanding of what mediation is, that the individuals whose complaints of discrimination are not being heard or understood would have a much better chance of having that happen in mediation, which would be far more consistent with the traditions of peacemaking that we associate with native tribes and cultures.
Posted by Paula M. Lawhon at 10:49 AM

Great information on mediation. I love the focus of your blog.

Great post! Been reading a lot about how to make mediation go well. Thanks for the info here!

Paula M. Lawhon
San Francisco, California, United States
I am a full-time Family Law Mediator. I have been a practicing attorney for 16 years and have focused solely on divorce mediation and premarital mediation since 2007. Our office of three attorney-mediators provides mediation services as well as consultations for individuals engaged in mediation outside of our office. www.lawhonlaw.com.

Archives of Prior Posts: See All Titles by Month

A Member of the Alternative Dispute Resolution Web Ring

California at OyMap.org - a world directory

Law Links For Lawyers & The Public

The information provided in this weblog is informational only and should not be construed as legal advice or as creating an attorney-client relationship.